Edgar’s Field Park play and park improvement scheme:Consultation
The Scheme has been drawn up with The Friends of Edgar’s Field Park and with the input from local residents, local businesses, Chester Youth Club, Chester Roman soldiers and Queens Park High School.

Play Area
The Play area has been design using natural materials. It contains various levels and undulates using the existing topography. The play area is themed on the stories on Edgar’s Field Park. The play area will contain a variety of play equipment for all ages.

The Mosaic
The Council commissioned international Mosaic Artist Gary Drostle to design a mosaic for the park. Gary is working with art students from Queens Park High School on the design and creation of the mosaic. A public exhibition of the work produced, and design to be used was held on 22 February 2010.

New Bespoke Railings to the Park.
The proposed new railings to the park respect the original railings removed during the war. The new railings borrow ideas from existing railings in the area and will contain bespoke cast salmon that pick up on the history and character of Handbridge.

Archaeology
Some preliminary archaeological trenches were dug in the park in December 2009 to investigate the extent of archaeology in the area. A small foundation was found that requires further recording and investigation. Archaeologists will be on site during the works.

Funding
The Improvement scheme is being funded by Cheshire West and Chester Council, The Friends of Edgar’s Field Park and a large grant from WREN.  WREN are a not for profit business that awards grants to community projects across the UK on behalf of Waste Recycling Group (WRG).

Part of the park and the play area will be closed for the duration of the works. The council will limit any inconvenience to local residents and park users.

Volunteers improved the look of the flower bed along the side of the Ship by digging it over and raking.

With Spring just around the corner, a new playground under way, volunteers decided it was time to do something about all the junk on the riverside clearly visible from Edgar's Field Park.

View of the project area:

Twelve man hours later the results can be seen in the photos below. Old bikes, traffic cones, microwave ovens, vacuums, prams, bits of old boats and engine parts, bags of broken glass, rugs, carpets, an electric iron, numerous pipes and bits of scrap metal, jackets, boots, and not forgetting loads of plastic sheeting, bags, and bottles - just some of the things pulled out from the mud.
Work on the new playground started on 11th March. Click here to read the announcement in the Chester Chronicle.

Friends cut back the excessive growth from the trees in the top corner using a specialist pruning saw.
On behalf of the Council, the Friends undertake local public consultation regarding a proposal to improve visibility and overall visual amenity of the new play area by removing two trees along the wall opposite the parade of shops.

Click here to see more and add your comments.

There's still lots to do including removing a couple of old sunken boats from mid river which snag unsightly rubbish. If you are interested in helping then please get in contact using the 'Contact Us' form on the left side menu. 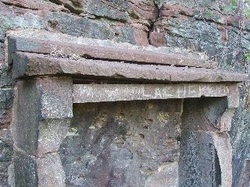 Contractors prepare to repair the cracked surround of Minerva's Shrine which the Friends brought to the Council's attention. The repair work is scheduled to begin 9th August.
At the request of the Friends, the local council arrange to remove two sunken boats in mid river which were snagging debris and were an eyesore.

The new playground was opened for use on 14 June after a final safety inspection by ROSPA.  It is already proving very popular with local children.  With the light evenings and sunny weather, crowds of up to 50 children at a time were seen and heard having fun on all the new equipment and their parents and grandparents looked as if they were appreciating the new seating while watching them.  It is good to see that so many children of all ages can play together so happily.

There are still a few finishing touches needed in the playground and in the rest of Edgar's Field Park to complete the project.  Work on the new railings at each end of the park to replace those removed during World War II should begin before the end of June and the new welcome sign should be installed soon after that. The mosaic in the entrance to the playground has been delayed so that the artist can work on a large painting to the wall in the Amphitheatre but it will be finished soon afterwards. 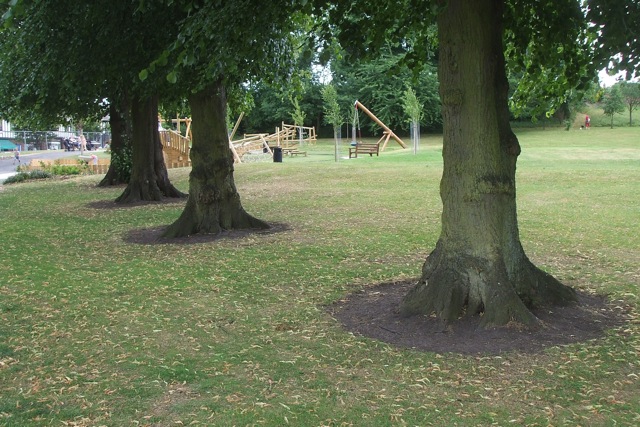 Volunteers remove epicormic growth (see photo above), weed the stone cutting on both sides of the path, and cut back the brambles and nettles from the areas under the trees.

It's wonderful to see the children's playground so well used.  Work has continued this month with Minerva's Shrine repair completed and fencing removed, the mosaic base by artist Gary Drostle laid (the final three dimensional mosaic will be installed in October), and of course the classy new railings complete with salmon detailing are now up and finished. 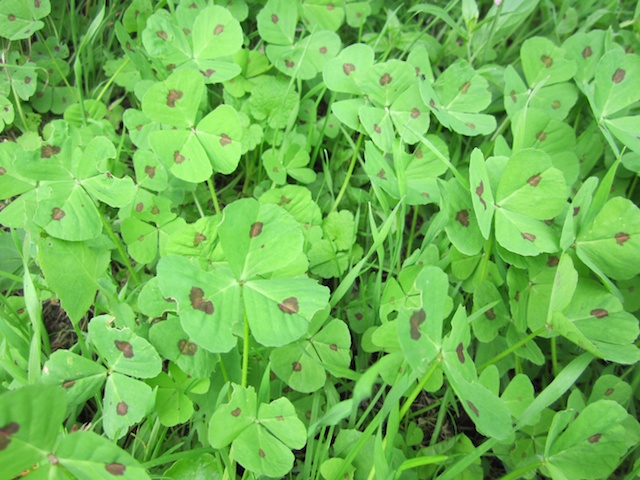 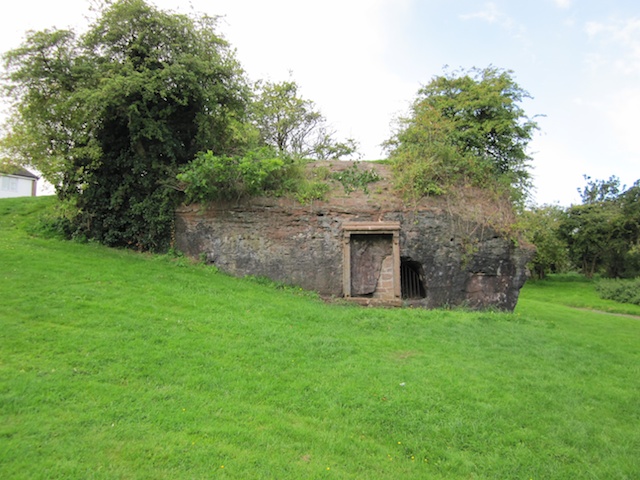 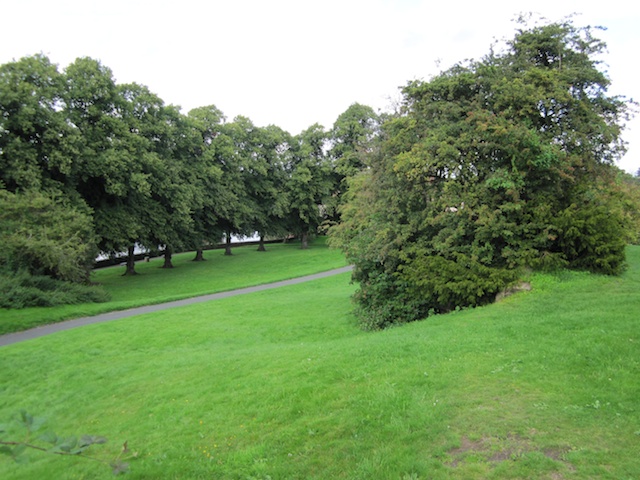 View of the park from behind Minerva's Shrine - late August. 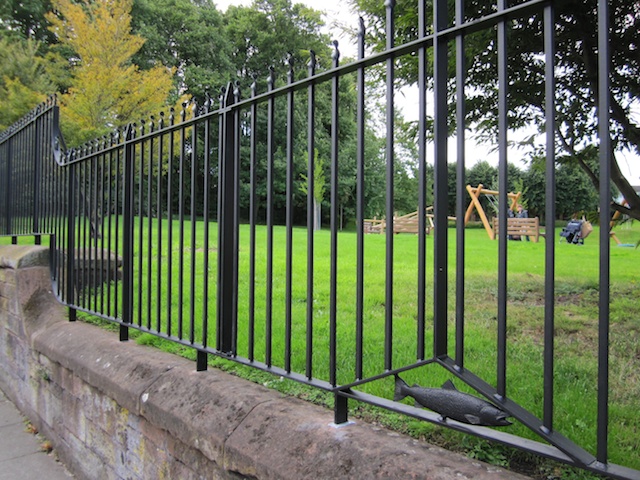 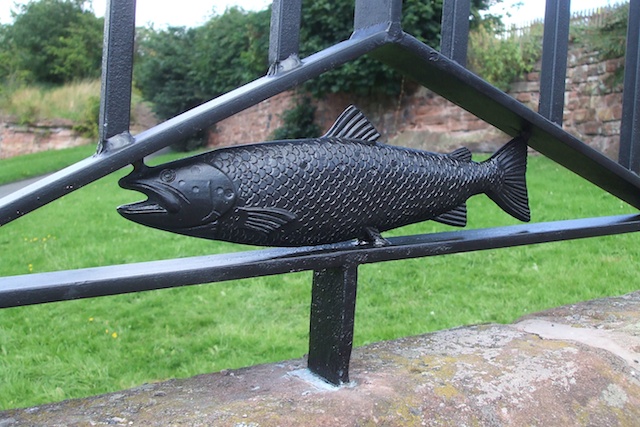 Salmon detail set in the new railings.
It's wonderful to see the children's playground so well used.

Work has continued this month with Minerva's Shrine repair completed and fencing removed, the mosaic base by artist Gary Drostle laid (the final three dimensional mosaic will be installed in October), and of course the classy new railings complete with salmon detailing are now up and finished.

The Friends have been faced with the enormous responsibility of publicising a planning application by the Ship Inn to build an extension on land belonging to the park.

With limited resources volunteers are working hard to ensure that as many of the people of Handbridge and of the wider community, have a chance to see the plans and hear the many reasons why we think the plans should be refused by the planning department and by the council.

So far, not only have hundreds of Handbridge residents submitted objections to the plans, so too have the following:

The Friends have submitted their own objection to the recently Amended Plans. You can read it here (pdf). 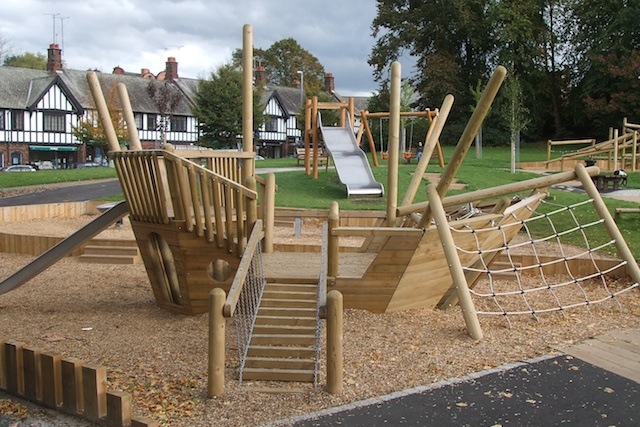 Edgar's boat in the new playground. 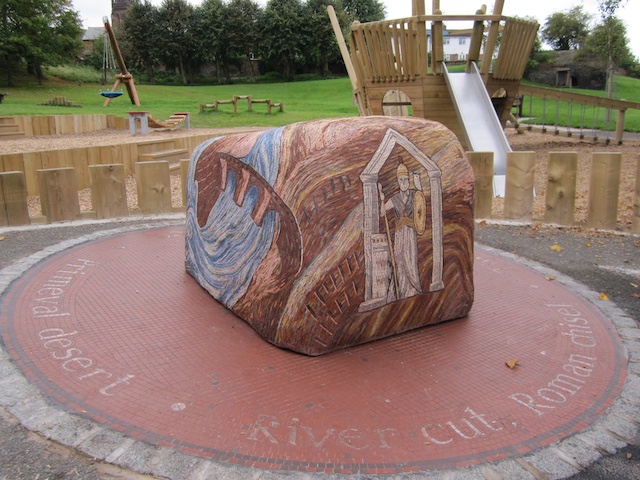 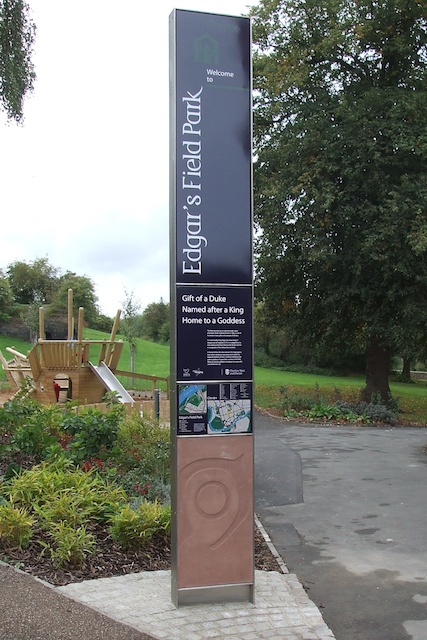 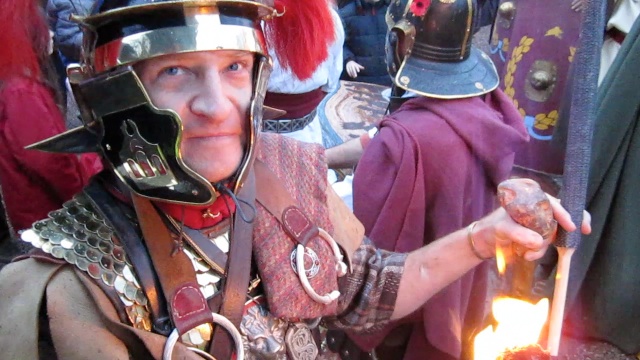 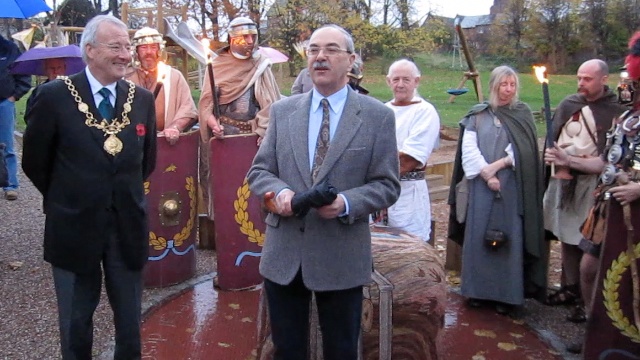 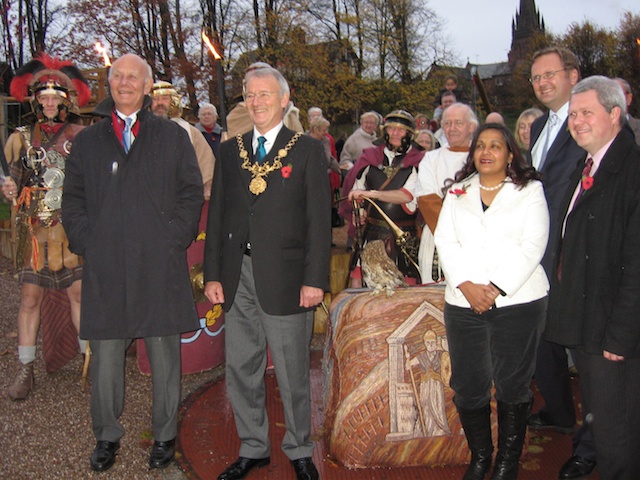 The Official Opening of the IMPROVEMENTS TO THE PARK by the Lord Mayor was held on Friday 5th November at 4:00pm

Roman Soldiers honoured Minerva's Shrine with a torch lit parade as part of the official unveiling.

2010 has seen Edgar's Field Park really come back to life.  Not only has it been enhanced by a wonderful new play area with seating, new railings, interpretive welcome signage and mosaic, it has also been rediscovered by young and old as a pleasant public space in which to play, meet people and just enjoy.

This has also been a year which has seen the local community come together with the the single objective of preserving Edgar's Field as a distinct public asset for the enjoyment of everyone free from any commercial encroachment or exploitation.

In recognition of the successes achieved this year the 2010 Civic Awards for Design and Conservation awarded Edgar's Field Park a Commendation in the Community, Play Landscape and Interpretation category.