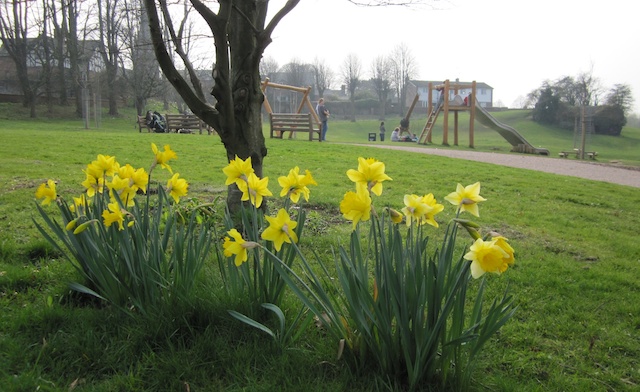 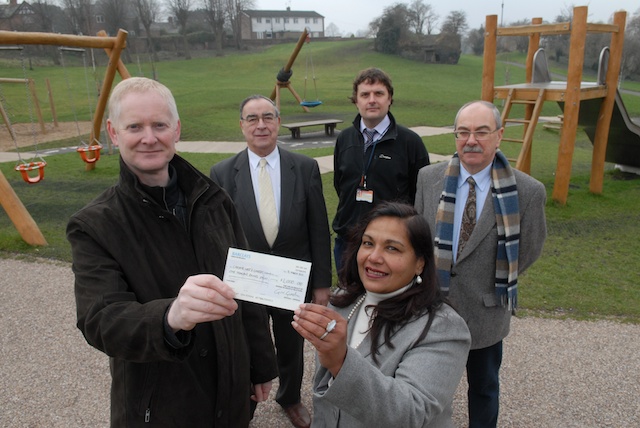 3 March 2011 - Friends of Edgar's Field Park hand over a cheque for £1,000 to Cheshire West & Chester Council as their contribution towards the redevelopment of the children's playground. 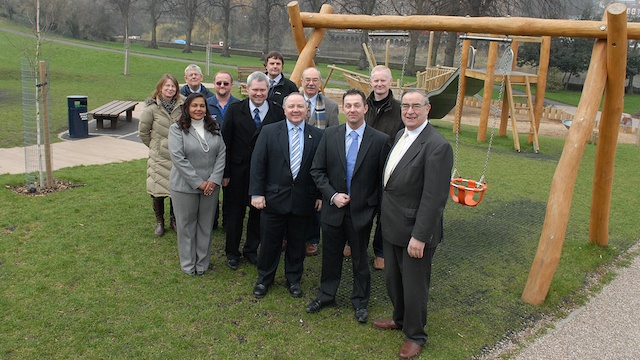 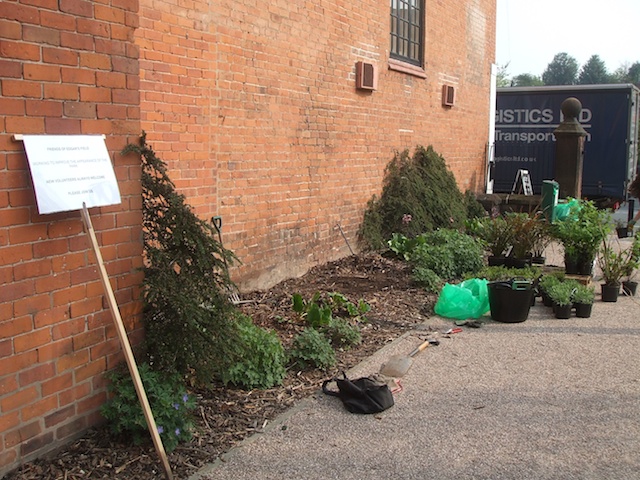 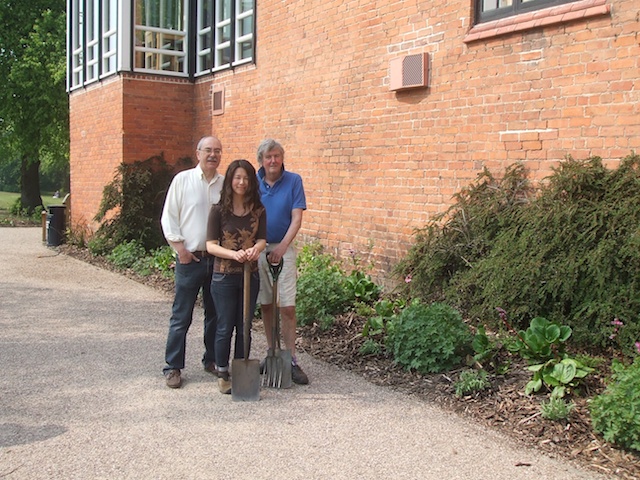 Local Ward Councillors contributed funds to enable the Friends to improve the flower bed at the main entrance to the park. After clearing away weeds and other unwanted vegetation volunteers planted a selection including: Lavandula angustifolia, Hebe rakaiensis, Philadelphus Belle Etoile, Phormium tenax Atropurpurea, and Salvia officinalis Purpurascens. 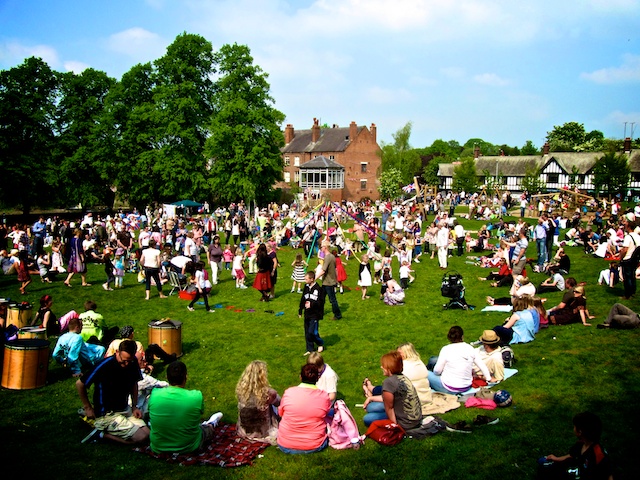 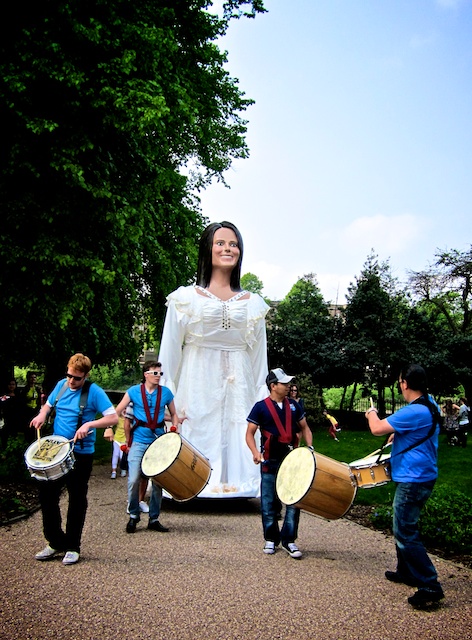 'Kate' and the Giant's Band 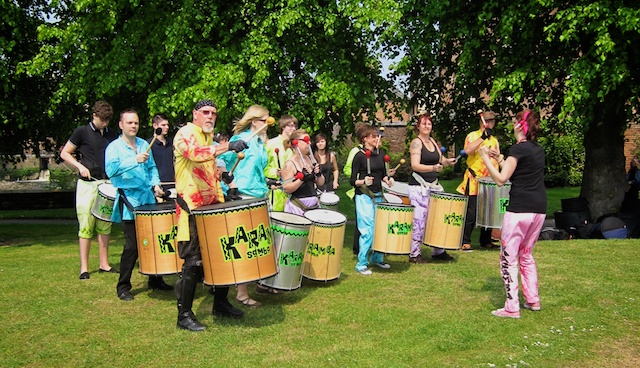 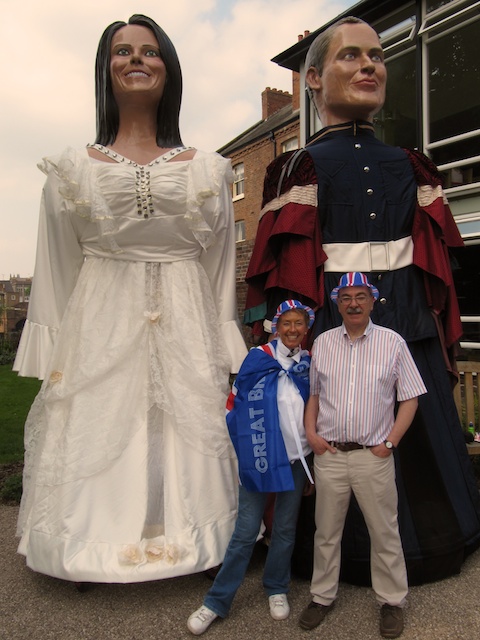 Giants Wills & Kate with members of the Friends 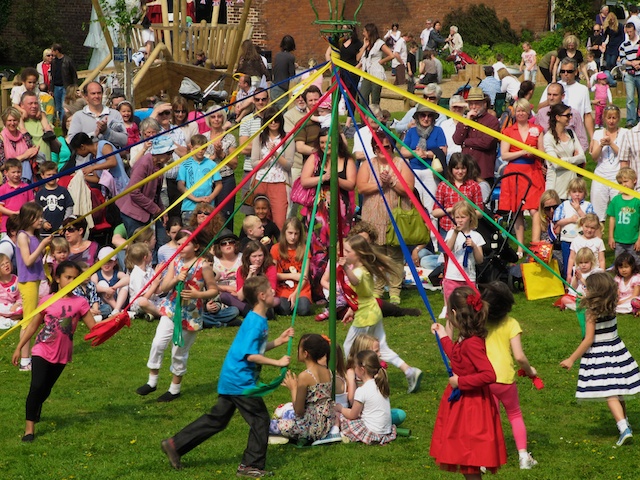 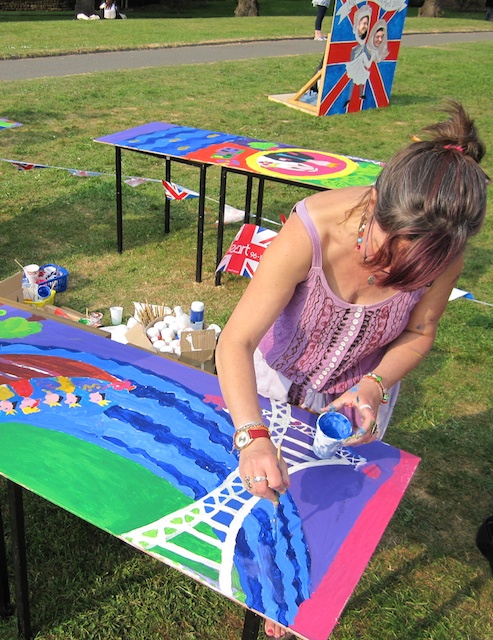 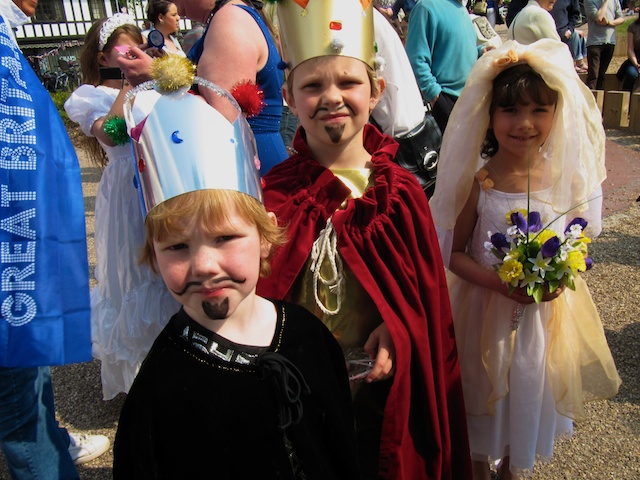 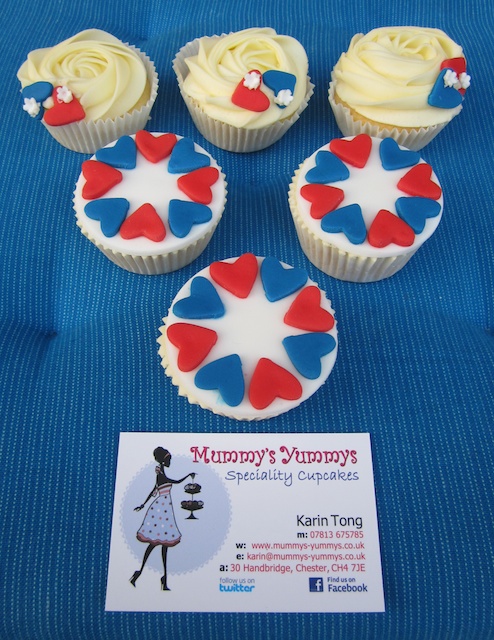 Commemorative Mural Celebrating the Royal Wedding and the Community of Handbridge. 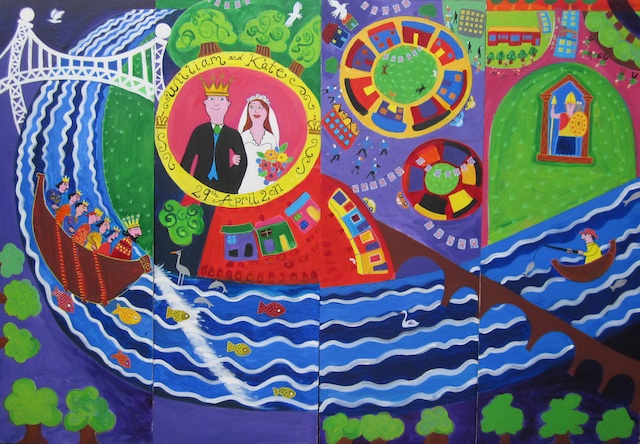 As a Handbridge asset it'll be displayed within the community at local schools, the youth club, and other community venues. 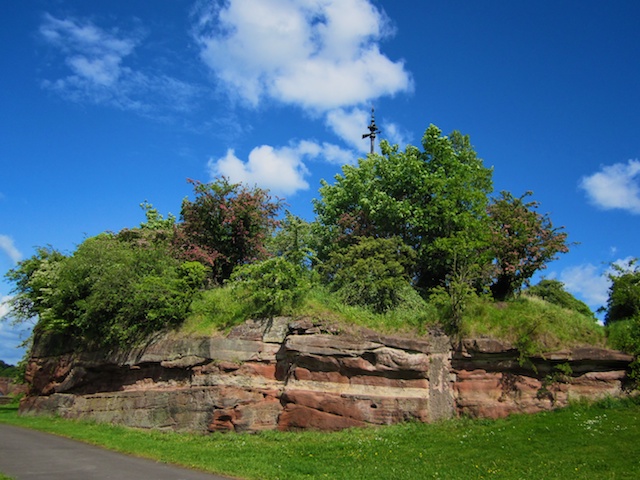 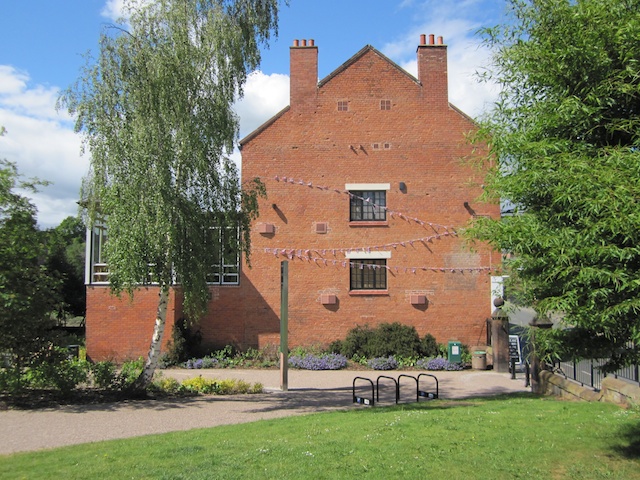 The rich, warm tones of the Ship Inn's brickwork offer a pleasing and complimentary backdrop to the newly restocked flower beds.

These together with the new welcome sign, railings, gravel path, and bike racks, have much improved the main entrance to the park.

Roman cut sandstone adds an extra dimension to the play area.  These sandstone blocks were discovered on Roman sites in the City of Chester during extensive rebuilding works in the 1960's and 1970's. The stone would have been quarried from the extensive Roman quarries on the site we now call Edgar's Field. They are plainly dressed, with the Roman chisel marks still visible, and would have come from the foundations of large Roman buildings inside the fortress of Deva. 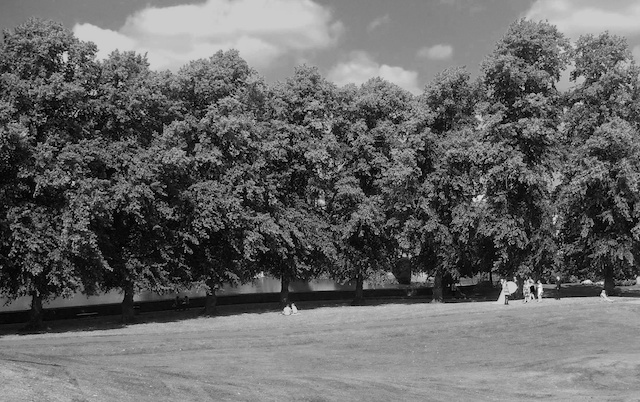 Newly weds enjoying Edgar's Field as the backdrop for their wedding photos. 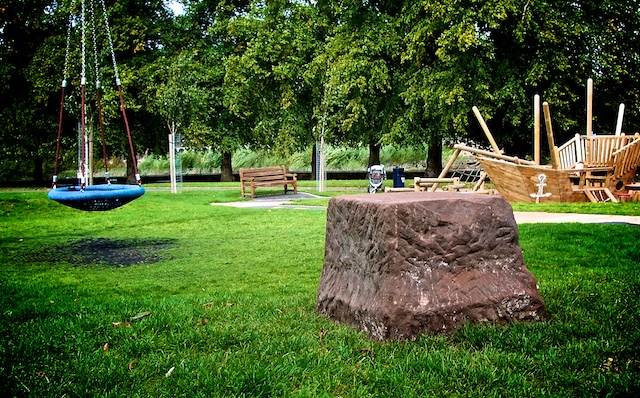 The Friends working with CW&C Council and a local stonemason repositioned a Roman sandstone block in it's new permanent position. ( see June 2011 for more information ) 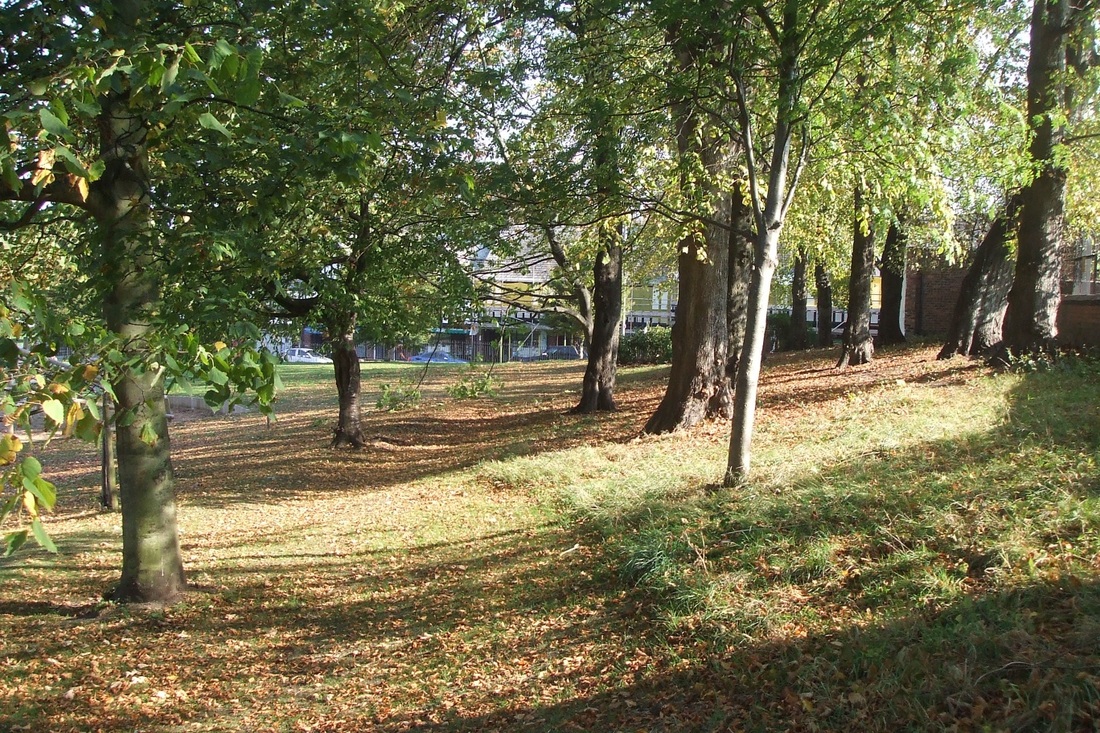 We started early this year with our schedule of winter works.  Our thanks to Ranger Andy James for his help disposing of the green waste.  Photo below shows the over grown scene before we started. 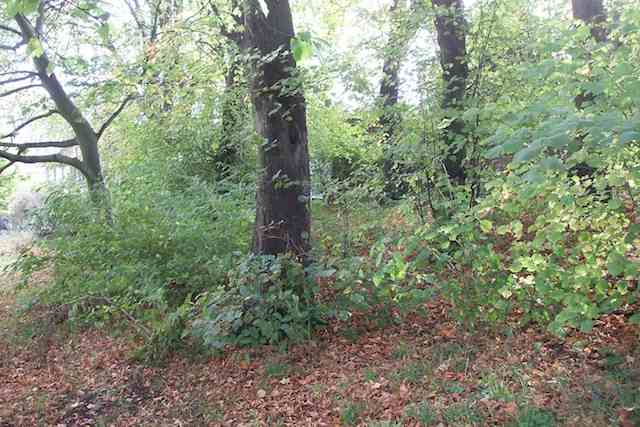 At the instigation of the Friends Council contractors have laid sets to improve the appearance of this corner. 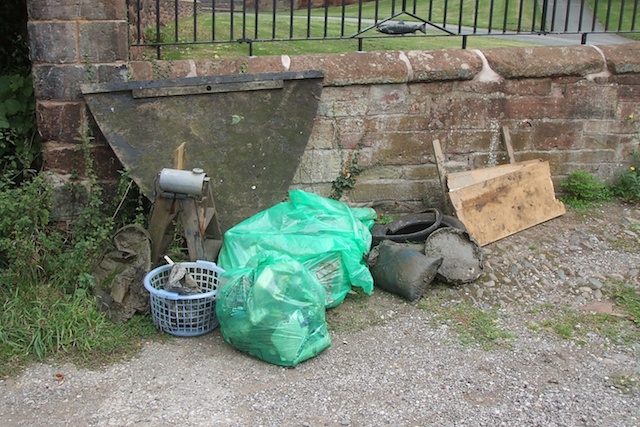 As part of 'Big Dee Day' volunteers collected all sorts of rubbish from the river bank.... 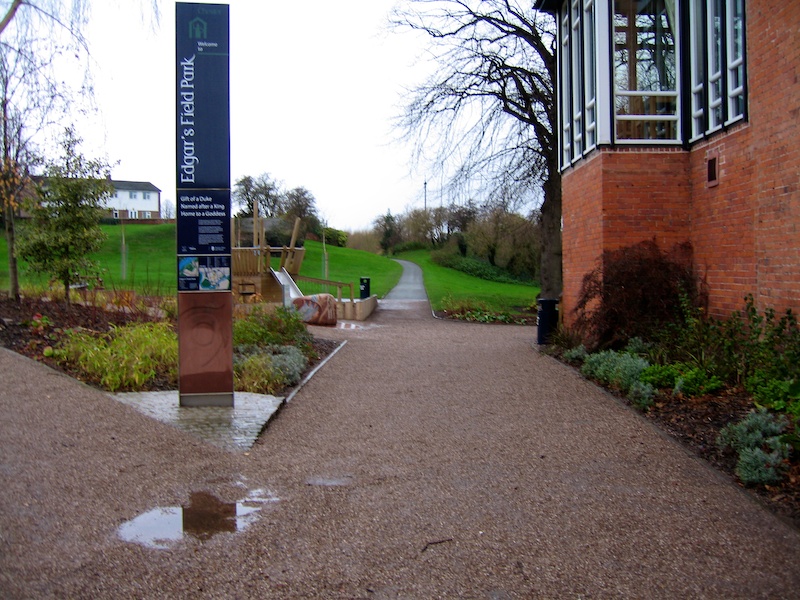 The group have been keeping the entrance of the park clean and tidy and clear of dead leaves and litter, as well as raking the gravel. 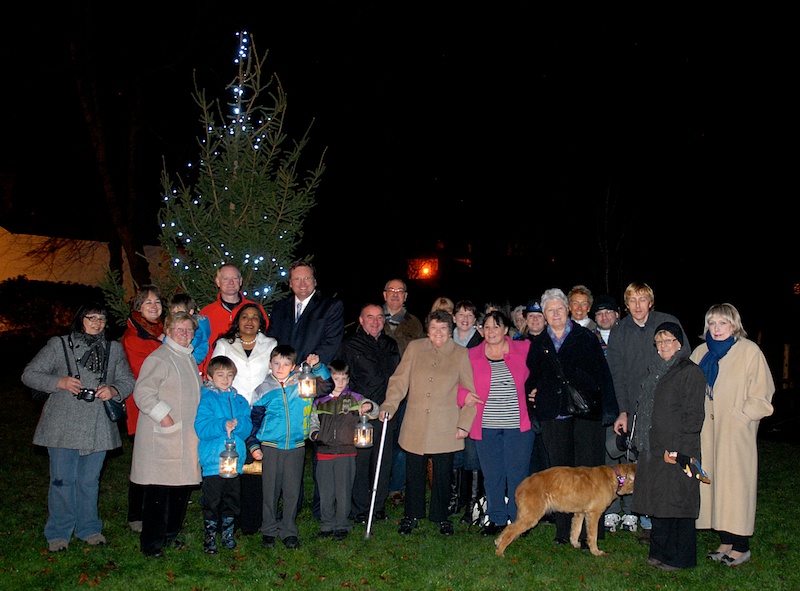 Locals,  Friends of Edgar's Field Park, Cllr. Daniels, Cllr. Sullivan, Stephen Mosley MP got the Christmas season off to a sparkly start with the switch on of the Edgar's Field Christmas tree lights.